Look at the fun "Sadifak" is having! :-) She is one of 7 pups who were rescued by Nowzad. Her mother was killed by a bombing in Kabul. She definitely getting her Blue Mind On! :-)

Nowzad is an animal rescue founded by British Marine Pen Farthing. While he was in Afghanistan, he rescued a dog he named Nowzad. Pen eventually was able to bring Nowzad back to his home, but then realized there were many soldiers rescuing and bonding with animals who would also love to have these dogs come home with them as well. Of course there were many animals who would love any loving home.

Dodo Heroes featured an episode on the Nowzad Shelter recently which is EXCELLENT! Check it out & see how Nowzad was able to assist one of two soldiers who rescued 6 puppies and get them all to to the US to live with him and other veterans!

Nowzad has reunited over 1000 dogs & cats with the soldiers who rescued them! :-) The Taliban had banned people from owning dogs, so there are so many living on the streets. The Nowzad shelter has really been changing how people in Kabul feel about dogs and really making an incredible difference. There is also a 15 minute Q & A piece from after the episode and they talk about how now the people of Kabul are actually coming to the shelter to adopt dogs now! Just AMAZING!!!
#100DaysofBlue #BlueMind #Nowzad 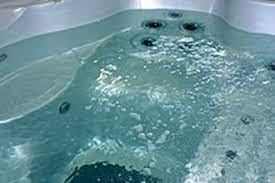